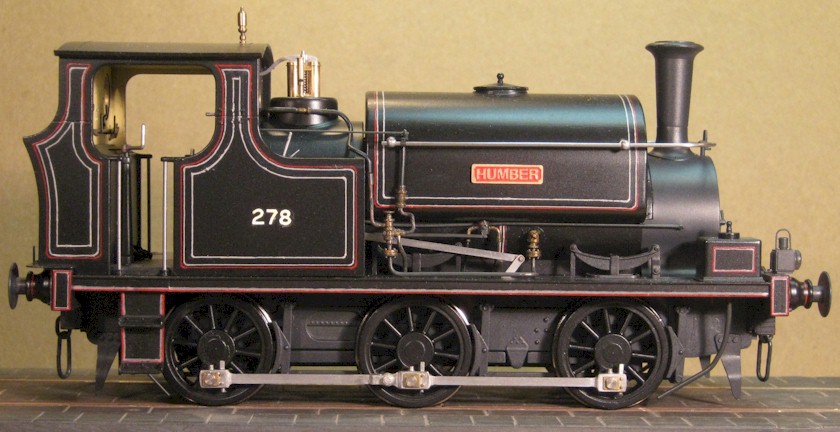 A 7mm scale (O Gauge) model of Hudswell Clarke 0-6-0ST Great Central Railway class 4 No. 278 ‘Humber’ of 1909 which was originally a contractor's loco but entered GCR ownership in 1911.  It was numbered 5278 by the LNER and became class J61.  There are more photographs of the finished model near the end of this page but I describe here how I reworked a model by Ixion Model Railways of a Hudswell Clarke contractors' 0-6-0ST (below) into a representation of this particular prototype, which is similar but was older and slightly smaller.

Transformation from 13" to 16" diameter buffer head 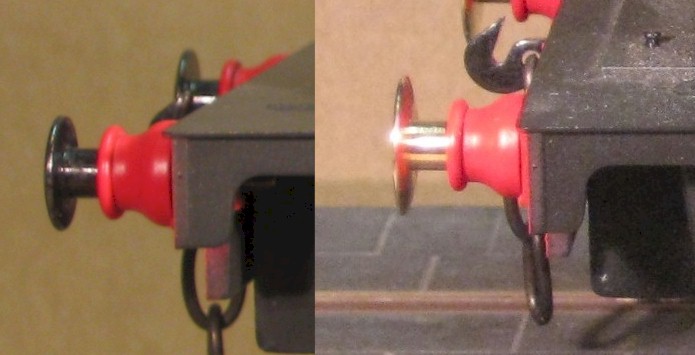 Buffers before and after 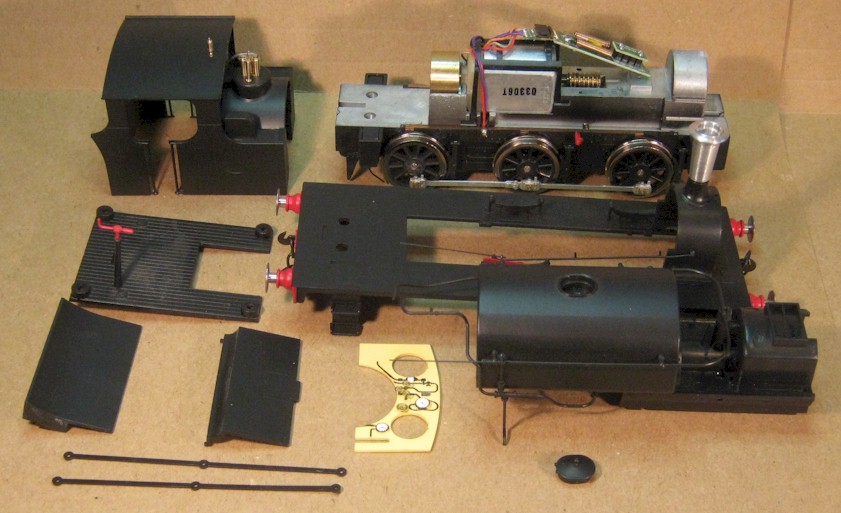 The original Ixion safety valve assembly (left) and my creation for Easingwold No. 2 (centre) that enticed me to make another for GCR No. 278 (right) 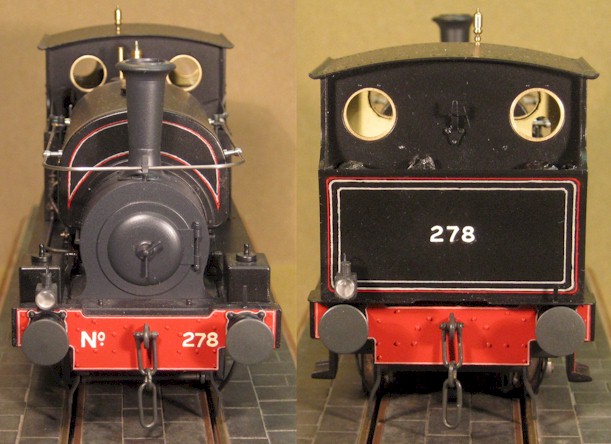