A 7mm scale (O Gauge) model of Great Western Railway 0-6-0PT No. 5710, one of the class of 863 locomotives introduced by C B Collett and built in Swindon at the Factory between 1929 and 1950.  The model is built from a etched brass kit that was formerly available from Vulcan/Underhill but that is now available from ABS Zero Zephyr.

I built this model in 1985 when I had no access to a lathe or other machine tools so it was very much 'hand built'.  I made relatively few modifications to the intended design but I did alter the compensations arrangements to give a true three-point suspension rather than the four that was in the kit manufactures design.  The two side compensation beams between the leading and centre axles were retained but they were joined to form a rectangular frame with swivelling U-shaped pieces at each end that rest on the axle boxes. 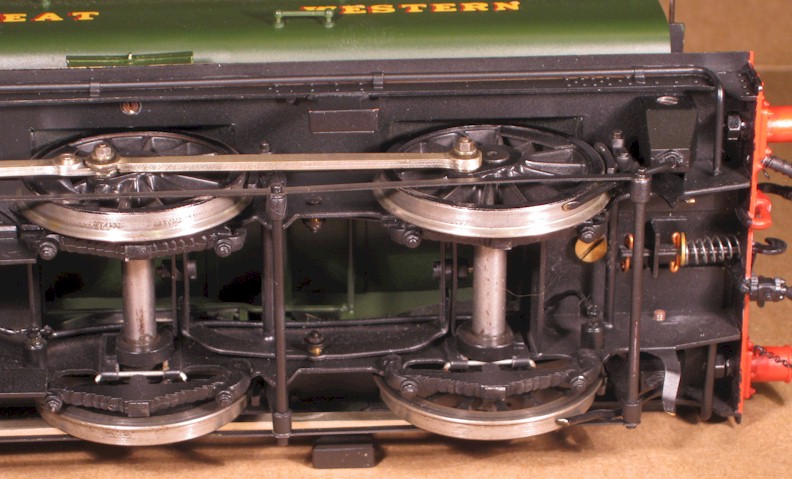 As I had no machining facilities, I arranged the swivel with 8BA screws in nuts, which is perfectly effective but it still offends my sense of what is 'right' and, if I had to tackle the same task today, I would most probably make it far more complicated but no more effective.