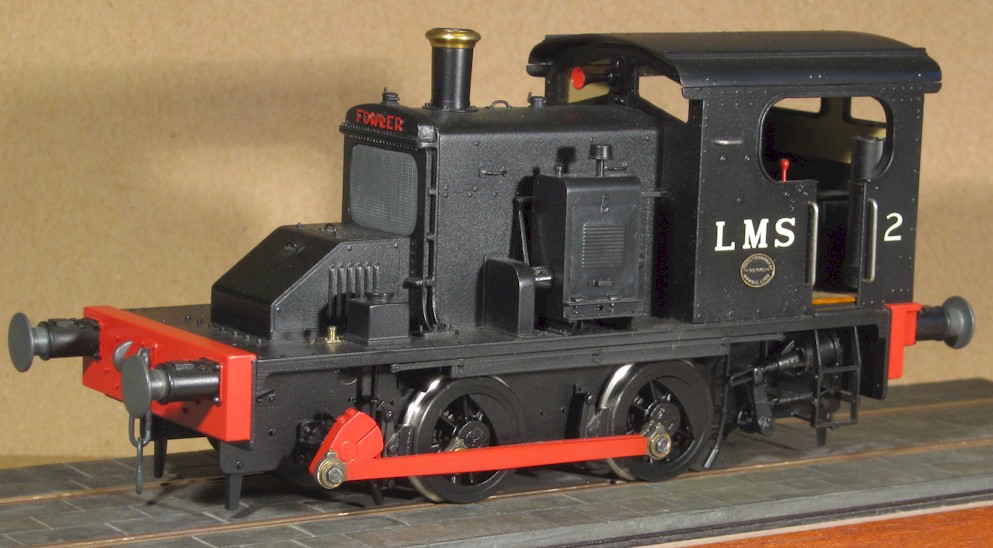 A 7mm scale (O Gauge) model of a diesel mechanical 0-4-0 built by John Fowler of Leeds in 1935 (No. 21048) for shunting at the LMS Beeston Sleeper Works in Nottinghamshire, England.  The locomotive was powered by a 88HP Ruston engine with a four-speed gear box and jackshaft drive to give a top speed of 15mph.  The prototype was scrapped in June 1962 but similar, more powerful locomotives are Osram, at the The Buckinghamshire Railway Centre, and, H.W. Robinson at The Embsay & Bolton Abbey Steam Railway.  The GWR owned a similar locomotive with a 70HP MAN engine that was built in 1933 (No. 19451) and sold on in 1940.

I was fortunate to have copies of the GA drawing and the official Fowler works photographs of both sides; these show that the LMS and GWR prototypes differed appreciably.  So, although a few of the castings from the Eric Underhill's Vulcan kit of the less powerful locomotive supplied to the GWR were used, this model is mostly scratch built.  Insulated frames, split axles and brass wheels centres (individually machined) with pressed on steel tyres provide the pick up.  Details that needed to be made (because the LMS and GWR prototypes differed) include the fly-cranks, buffers, starting engine, louvres (punched in 10 thou brass shim with bespoke punch and die in a small fly-press - see Making Louvres below), chimney and air tanks (not cupboards, as suggested in the GWR kit).  In addition, detail was added to the radiator core, the footplate and the cab interior; the cab opening also needed to be widened considerably.  The drive is from an open frame motor to the rear axle via a worm and 2.5:1 spur gear reduction that makes a realistic diesel mechanical sound.

I did obtain these officially from the holder of the Fowler records in 1991 but they are not marked with copyright information. I would expect them to have copyright protection, though, so please do not assume that you may reproduce them freely.  The photographs are about full plate (actually 12” x 10”) so I have scanned them and placed smaller versions here. 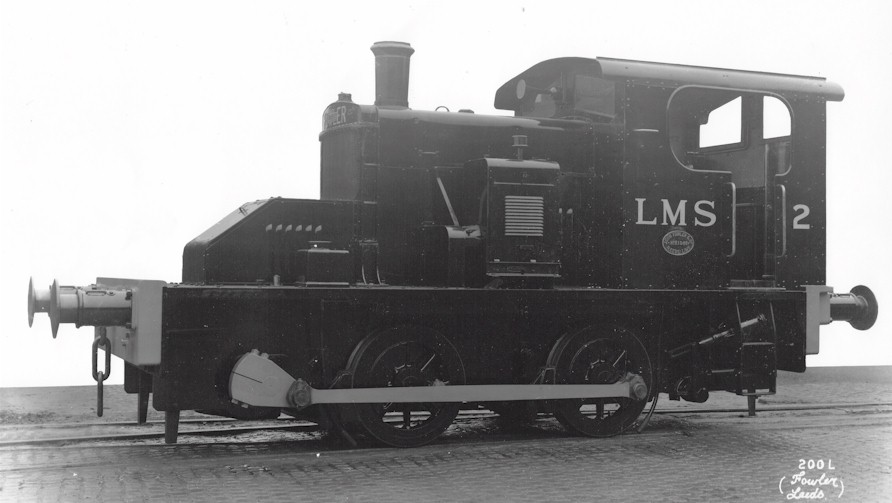 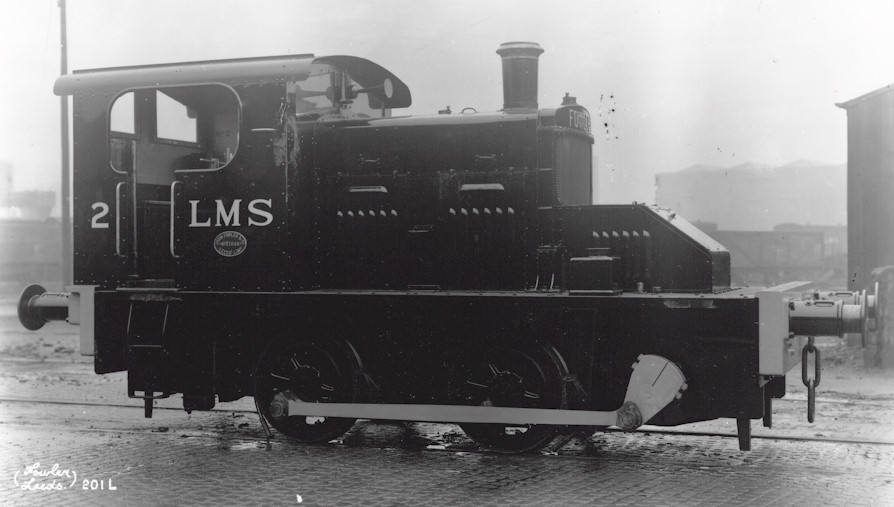