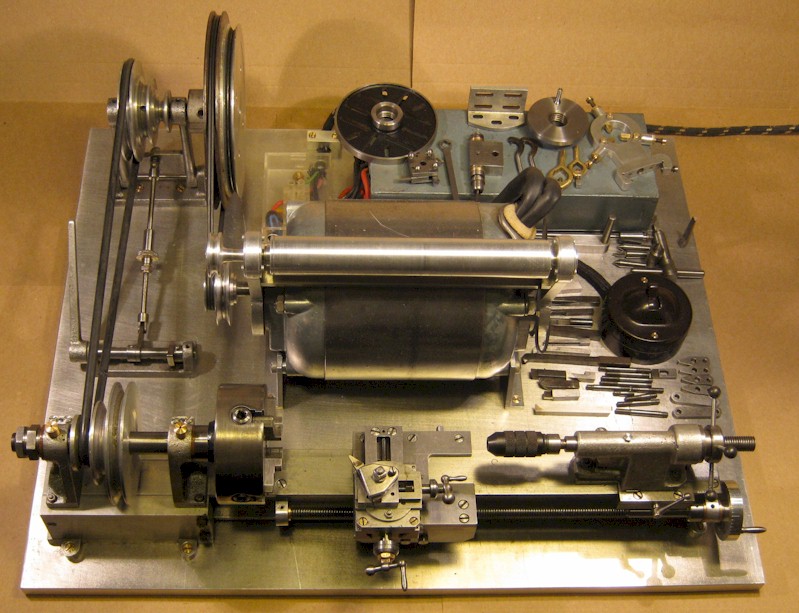 This little watchmaker’s lathe was built by hand from scratch by my late father when he was still at school, although he replaced some components later when he was a mechanical engineering apprentice and then again when he bought his Boxford lathe.  Many of the tools that I inherited remain in my late father’s workshop for the time being but, some time ago, I noticed that his little watchmaker’s lathe was starting to go rusty in places so I brought it home to stop it rusting any further.  Just recently, I stripped it right down for a nut-and-bolt repair and restoration (as my classic and vintage tractor friends would call it) and here is the result.

Now, the most challenging job was servicing the motor and rewiring the connections, which were in very dodgy shape, but they look quite smart now (two black sleeves coming out of a white grommet at the right hand end of the motor).

I well remember using this lathe as a small boy, under supervision, when the leadscrews were still ordinary threaded rod, which meant that they worked ‘back to front’ and you really had to be on your toes not to crash into the job with the tool when you thought that you were (instinctively) backing away from it.  I seem to recall some unparliamentary language from my father on the odd occasion. 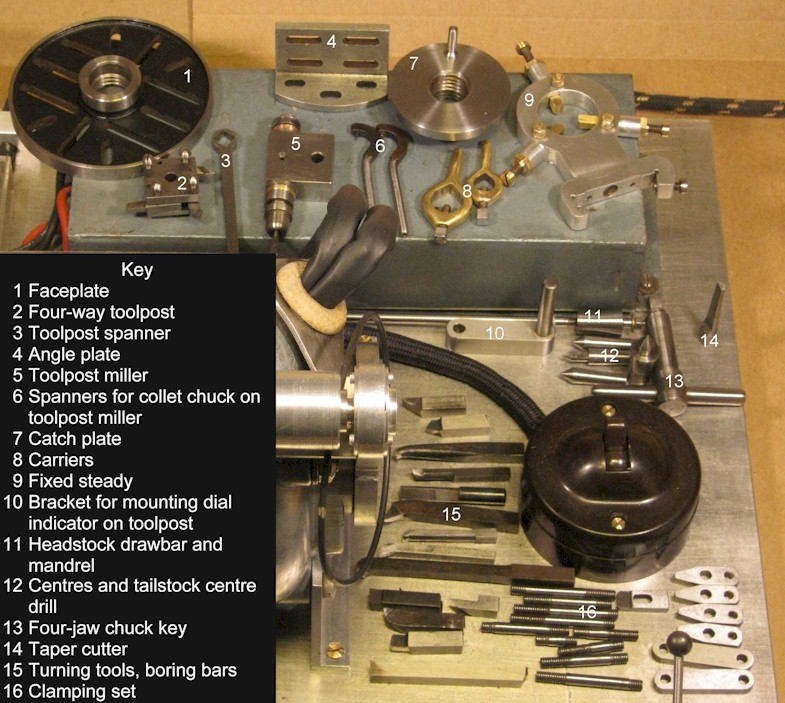 The accessories don’t usually lie about the place like this, they are just there for the photograph (above).  Fortunately, all these parts were stored in two tins so there was little rust, just some staining, which did not require too much work.

The mains lead, which you can just see at the top right, was a dull, indistinct grey colour but, after a wash in the washing machine, in with animal bedding, it’s come up as good as new.

Later, my father made a toolpost milling attachment (above) and a drive arrangement from the motor; all very clever. 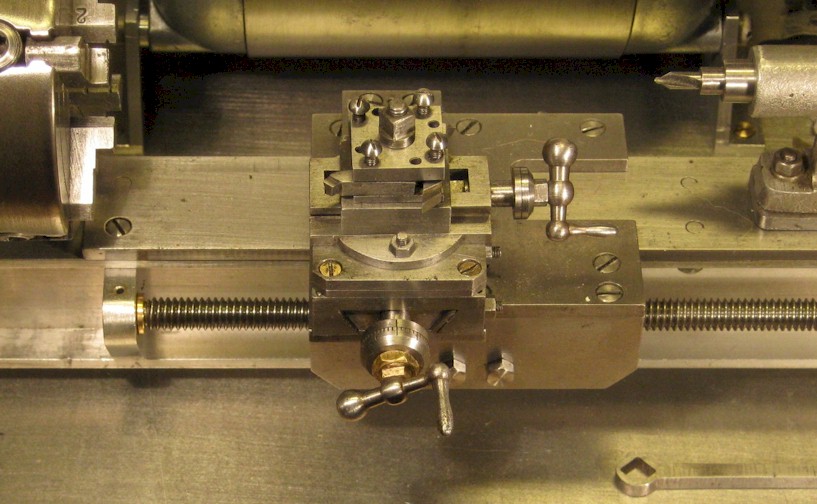 I include a close-up of the saddle and the four-way toolpost (above) to show just how fine his work was.

I have heard art restorers say things like “By the time I’d finished, I really felt as if knew the artist.” and, from this exercise, I begin to understand what they mean.  Of course I did actually know my father well but working on the parts and thinking ‘Dad was filing up this part to create it when he was a boy and here am I now recreating it for him’ actually gave me a greater insight than I would have thought when I started.

For example, with my own model engineering knowledge and experience as it is now, I can identify the relative primitiveness of his early work on the ‘foundations’ of the basic lathe and I can see that it gave way to his exquisite work on the refinements (the ball handles, for example) and the later accessories. Actually, I found it somewhat reassuring to see that my father did actually have a ‘primitive’ early phase because, to me, he consistently created things exquisitely (and I achieved near this only recently, and not so consistently at that).

I originally prepared this write-up for a Gauge 0 Guild forum topic 'In the DLOS Workshop'.

Back to Workshop Machine Tools